I am often asked if I have any recommendations for books or movies that would help gain a clearer picture of what it's like to be a military pilot.  When I started my journey of becoming a fighter pilot, there were two sources that I found beneficial to understanding the past and present of military aviation.  Focusing on the fighter community, I would highly suggest everyone read, Fighter Pilot: The Memoirs of Legendary ACE Robin Olds.

This book is instrumental in understanding the foundation of the modern-day fighter pilot.  Robin Olds is a triple ace, who achieved a combined total of 16 victories in WWII and the Vietnam War.

This short film depicts an F-15C fighter pilot who is participating in his very first Red Flag.  Red Flag is an international training exercise for air forces of allied countries, many of the world's best pilots meet for the most challenging flying of their career.  Red Flag is the final training for pilots and their aircrew before being sent into actual combat.

Popular posts from this blog

February 03, 2021
In an effort to cure the pilot shortage within the Air Force and specifically the Reserve Component, the Air force is implementing a new program called the Civil Path to Wings Program. This program is targeted at civilian  pilots who already have experience in aviation, and build off their existing skills to train more Air Force pilots.   Accepted c andidates with prior commercial aviation experience would enter UPT at one of three points based on the outcome of a Competency Validation conducted by the Air Force.   These candidates would either attend UPT 2.5, skip the T-6 syllabus and be inserted into the T-1 track, or attend a fundamentals course prior to their assigned Formal Training Unit (FTU).   In any case, these candidates are only eligible to fly crew aircraft within the Mobility Air Forces (MAF), Special Operations Forces (SOF), or Command, Control, and Intelligence, Surveillance and Reconnaissance (C2ISR) aircraft throughout the Air Force inventory.   The hope is that this w
Read more 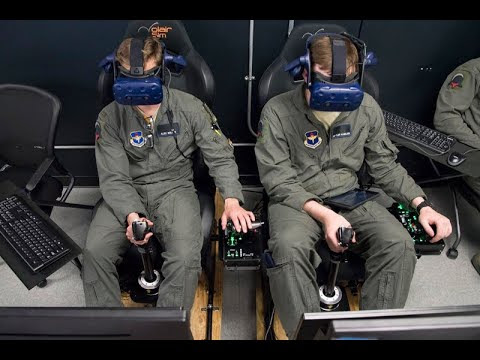 In addition to writing an article for BogiDope.com regarding the "State of the UPT Pipeline," I also wanted to break down the CPW program.  This video will give you more information and details into what is being offered in the CPW and how you can apply.  For more information, and to read my article, go to the following link: https://bogidope.com/upt/the-state-of-the-upt-pipeline-2021/
Read more

6 Steps to Getting a Pilot Slot

November 03, 2020
I see it all too often, people want to join the military and fly for an Air National Guard or Air Force Reserve, but don’t know how to apply. There is just too much information spread all over the internet, however, there is not just one source of consolidated information. That’s why I’m going to share with you the 6 steps to getting a pilot slot in the Air Force Reserve Component.   Research            One of the biggest perks about joining the Air National Guard or the Air Force Reserves is the ability to pick your aircraft and/ or location you wish to live. As a result, you must start the process of getting a pilot slot with the research phase and find out what opportunities (aircraft and base locations) exist within the Guard and Reserve. Begin by asking yourself what it is you want out of the military, then find the opportunities that exist to help you achieve your goals and dreams.  In addition to choosing the aircraft you wish to fly; you also need to consider the base location.
Read more